If you happen to be in the south of Iceland and looking for a place to eat in Vik, you better make your way over to the Soup Kitchen. This hidden gem offers a couple different soups with 1 free refill. We had read that lamb soup is rather famous in Iceland and so we had to try the lamb soup here. While this was delicious, I found the fish soup was my favorite! This curry-based soup had big chunks of buttery fish, silky smooth broth and really hit the spot after a day of hiking. The service was incredible and we found this to be one of our favorite restaurants we came across! 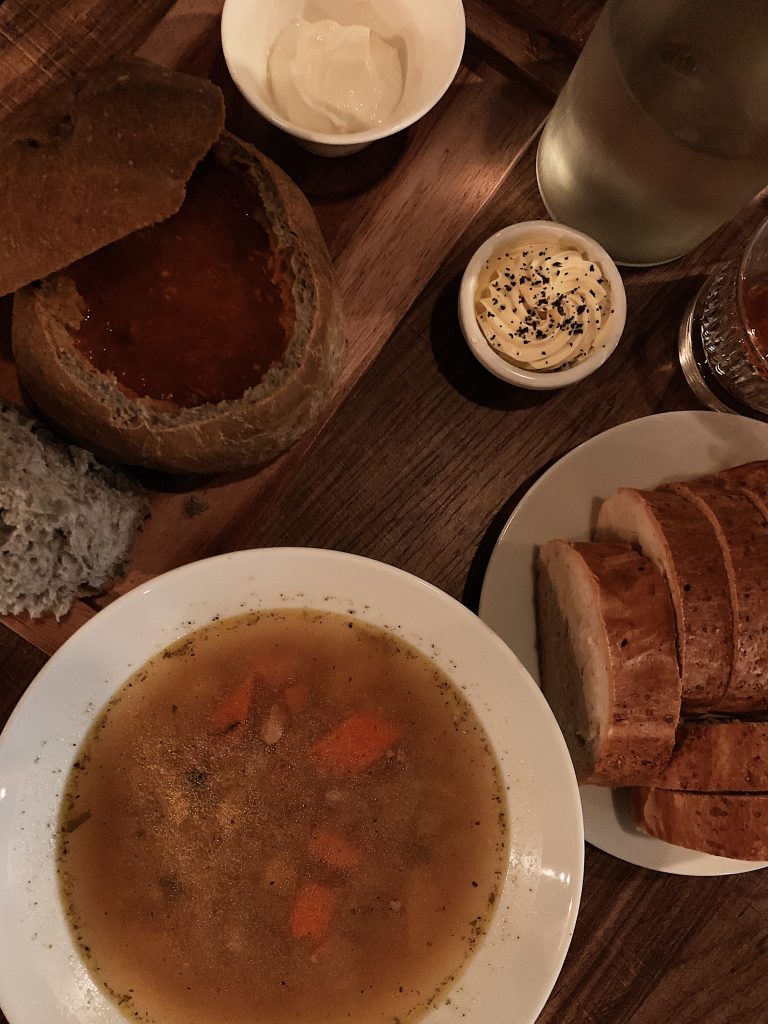 We had to make a stop at this fishing town (Grindavik) simply because our meal at Lava was incredible and super fresh! While researching, we discovered the lobster soup is quite popular at the Bryygen Café. As with most places in Iceland, you purchase the soup of choice and you’ll receive 1 free refill. The lobster soup was rich with small chunks of lobster and was paired with free bread. This was great as it helped break through the richness of the soup. 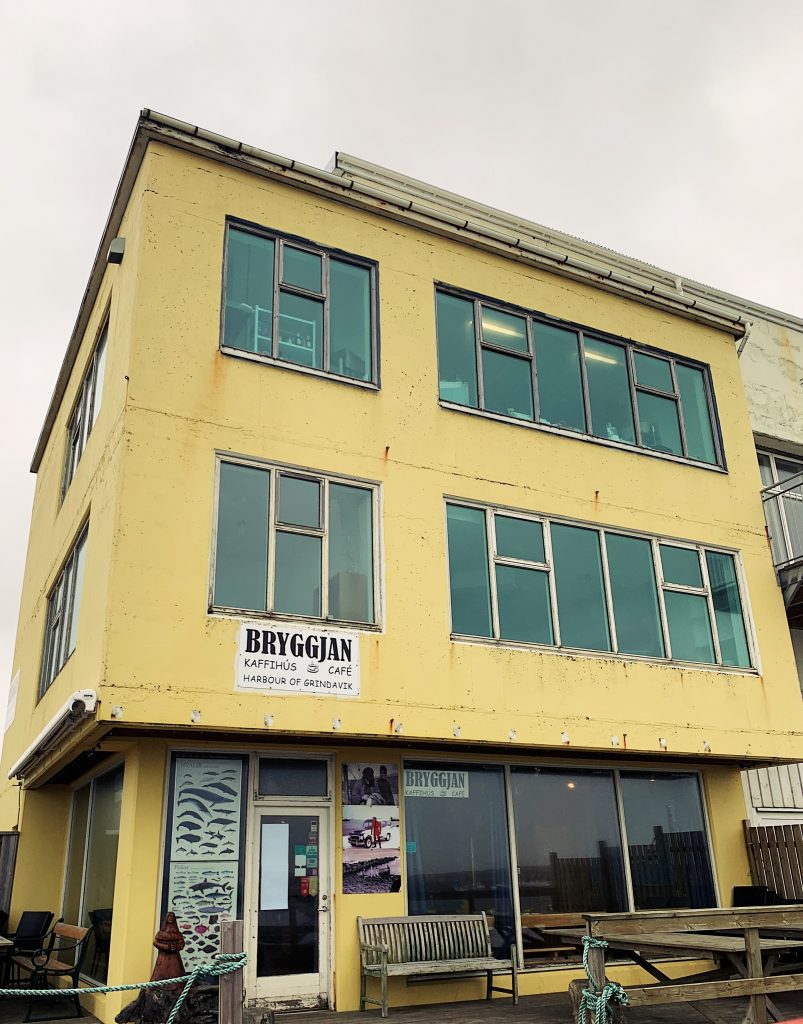 If you’re looking for a treat yourself meal, this is the place to do so. On so many blogs and reviews the same message was delivered – this meal is worth it! Although rather pricey, we found the lobster soup to be the best we had tried while venturing around the south of Iceland. The soup is bold and incredibly rich with flavor. The lobster, although there are only a couple pieces, they were large and perfectly cooked. If I could recommend 1 item on the menu that is NOT soup, I would highly recommend the cod which is offered as a main course. Iceland’s fish is so fresh and always cooked so perfectly, this was no exception. Do yourself a favor and order this if you have the chance! 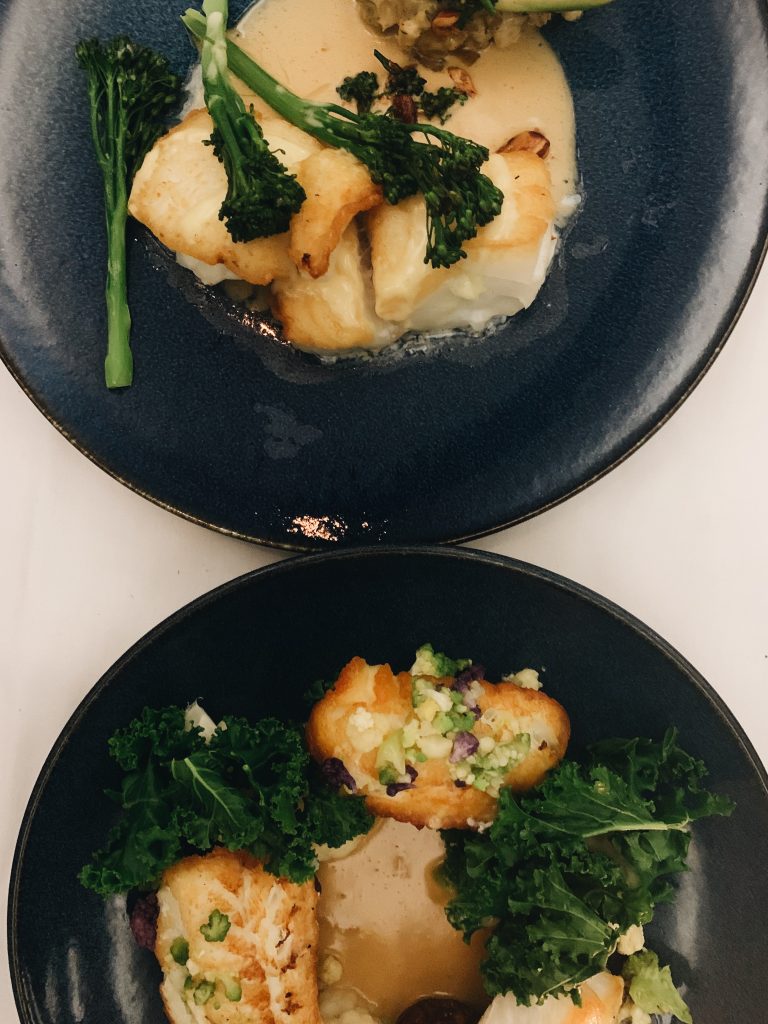 While on the hunt in the capital city for the best lobster soup, there were quite a few places that appeared on our search; however, we stumbled upon Reykjavik Street Food on a search for fish and chips and fell for the lobster soup! This little hole in the wall off the main street of Laugavegur has a small menu to select from, but don’t be fooled as everything on there is to die for. The lobster soup was delicious and rich, as all are in Iceland. What made this soup stand out was the amount of lobster in the soup. This location offered the most lobster to soup ratio we came across and the pieces were larger than that in Grindavik. Another highlight was the fish soup. Similar in flavor to Soup Kitchen, the curry broth at this location was less rich and was one of my favorite soups during our trip.

Note: unlike most places we visited – this one does not offer 1 free refill.

Don’t get the 2 places confused! Although very similar in name and food offering, these 2 locations are very different. Icelandic Street Food has a very small menu consisting of a couple soups, but the refills are unlimited. After hearing so much about the traditional “fish soup” which was more like fish mashed potatoes, I had to try this! Great thing is, once you order 1 item on the list you can try the rest as many times as you’d like – except for the seafood soup. Unfortunately, you can only get the seafood soup once and that’s only if you order it first. All the soups are delicious and the fish mashed potatoes were interesting but tasty.

Tip: Skip out on the bread bowl, order the seafood soup so you get it once and then go back to try everything else!

The Best Turkish Food In Istanbul

[…] recommended it. If you’re curious on the other soups we tried in Iceland, read about it in my soup […]